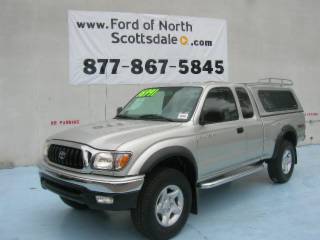 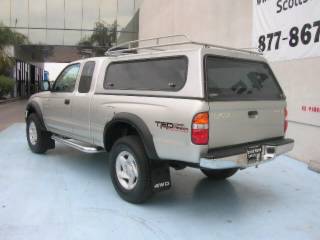 Monday night - we took the new truck out to some mountains on the edge of town. The goal was to try and see all of the valley's fireworks shows at once. I chose a road on a map that said "Jeep Trail." Good choice. I threw it into 4H very quickly and did things I couldn't have imagined doing in the old truck, all-the-while listening to Chris Cross' "Jump". However, it was getting late and the road took a turn and went straight up the side of the mountain with a pretty threatening drop off on the side. No room for error here. Had it not been dark out, and had we been with more people and had I been more confident about the state of my auto insurance we might have continued to our planned destination. We settled for a spot a bit lower, got up on top of the truck, blasted some Beethoven, Bach and John Williams and watched all kinds of stuff explode in the sky.
Posted by Jonathan at 7/06/2005 07:52:00 AM